Report: Immigrants bring $1.4B in spending power to Alaska’s economy

A new report that shows how much Alaska’s immigrant population impacts the state’s economy. An immigration reform advocacy group called The Partnership for a New American Economy released such reports for every state and Washington, D.C., on Wednesday, August 22. By looking at demographics, entrepreneurship, taxes, visa demand and more, the reports are full of data that show the economic impact immigrant populations have across the country. 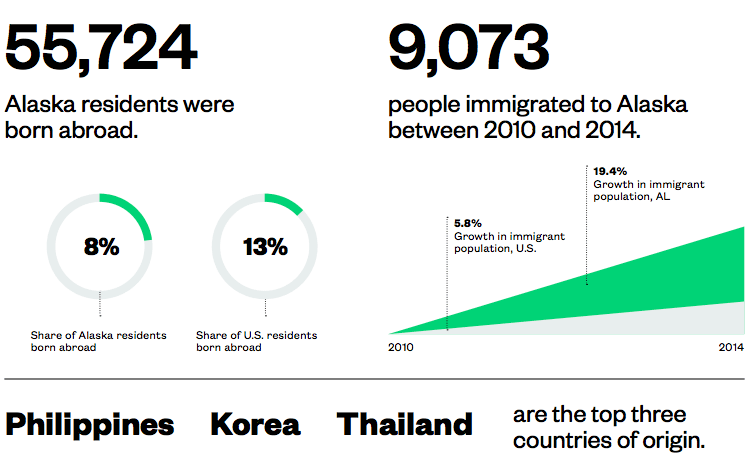